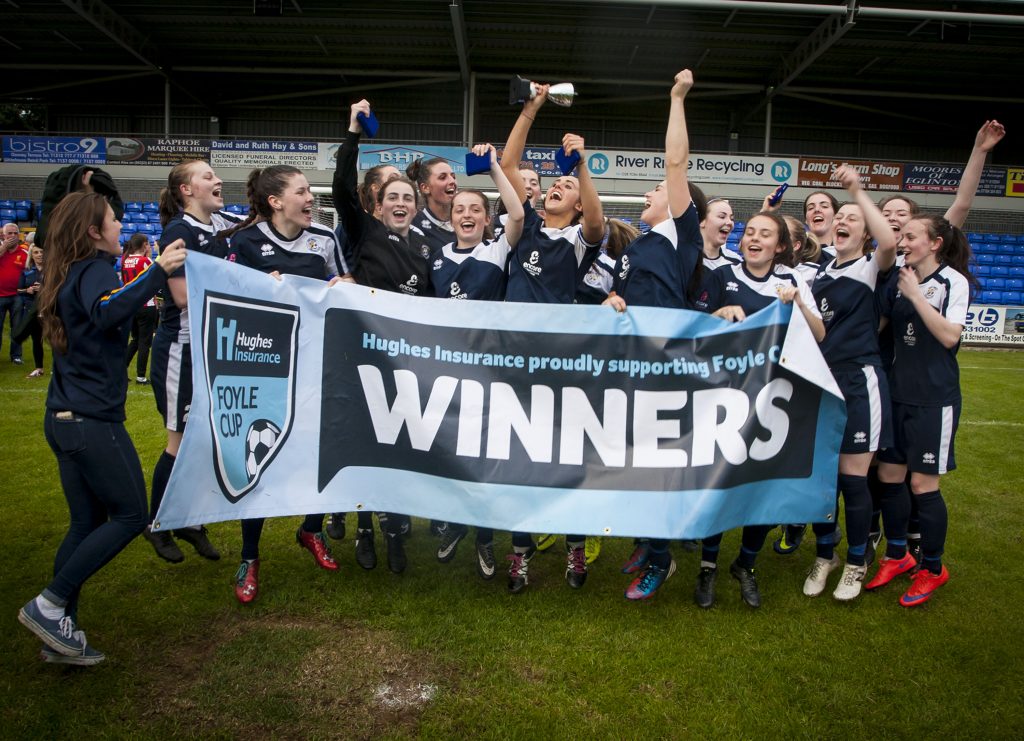 A pulsating ladies final at Drumahoe on Thursday night saw the first trophy of the Hughes Insurance Foyle Cup picked up by Sion Swift ladies in a 1-0 victory over near neighbours Derry City.

A game where no quarter was neither asked nor given saw a first half dominated by the Swifts and but for some resolute defending by Derry City’s twin centre backs Shannon Dunne and Nicole McCauley coupled with excellent support from netminder Molly McBride, the Candystripes could have been two down at the interval.

A much improved Derry started well in the second period and were able to get some shots on goal but to no avail.
The winning goal came late in the second period. A long crossfield diagonal ball from the left was picked up by Sion’s Chloe McGlade who placed the resultant shot across City’s netminder Molly McBride.

Despite valiant attempts from Derry to get back into the game, the Sion ladies held out for victory and collected the first silverware of the Hughes Insurance Foyle Cup 2016